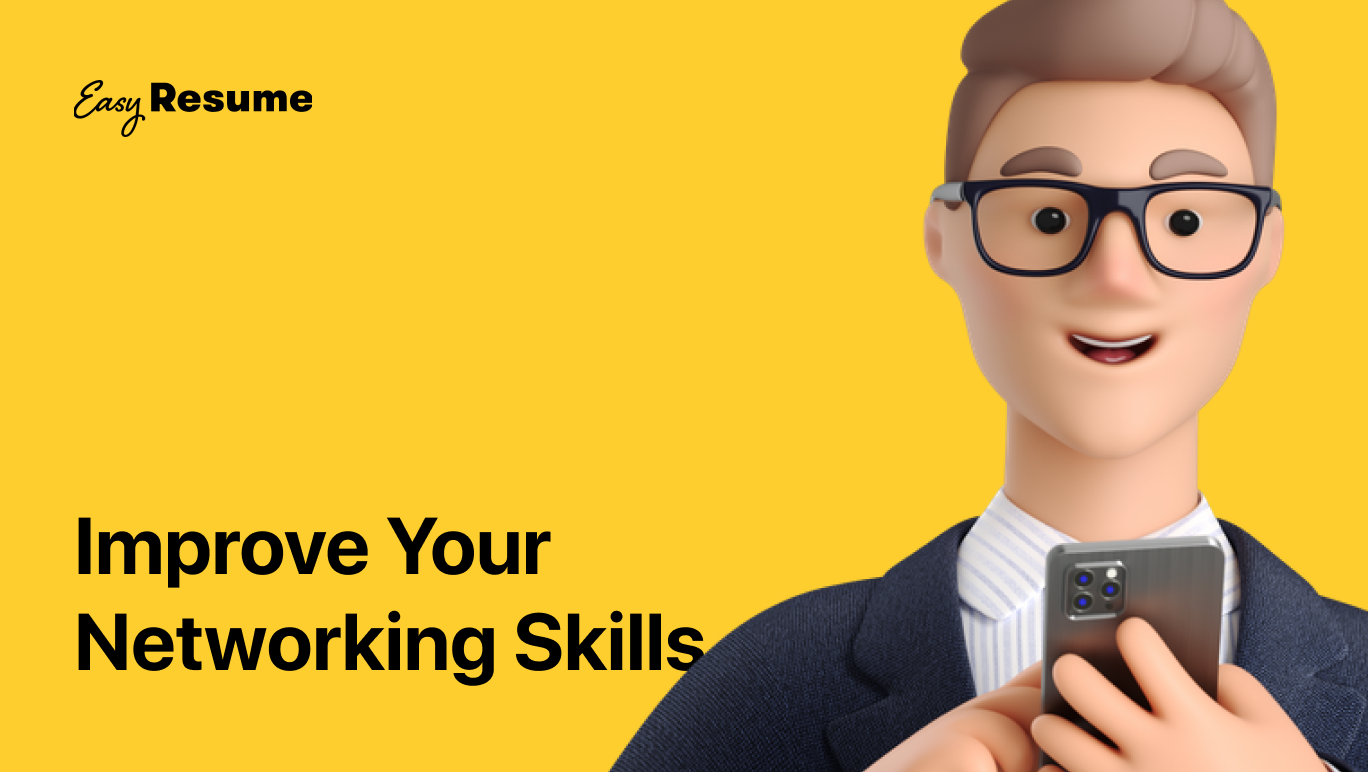 10 Ways to Improve Your Networking Skills in 2021

Mastering the ability to network can be the secret recipe for your long-term career success years beyond 2021. Follow these methods to effectively improve your networking skills.

So often we hear:  “Do this”, “Do that” but we rarely hear what we shouldn’t do. Where are the professional equivalents of Moms and Dads?

It’s rather strange considering we as human beings are more motivated to avoid losses than we are to recognize gains that we take an overly gainful approach to all advice articles and columns.

To help you sidestep the missteps and stand tall past the pitfalls, I’ve captured the 10 most critical Networking mistakes people make below.

No matter what field you are in, if you can avoid these 10 common mistakes with considerate purpose and authenticity, you will be successful.

How many times have you shared something ground-breaking or something that you’re particularly passionate about and you hear, “Yeah” or “Gotcha” ?

Not only is it deflating but it makes you wonder if the person was even listening in the first place.

Now you don’t have to give a speech for each reply but a general rule of thumb would be moving your one word replies to three words. Replacing “Yeah” with “That’s Really Cool” above is enough for someone to feel heard and appreciated.

I’ve compiled a starter list of replacements below for you to upend and upgrade your tired replies.

9) Avoid shifting (instead of supporting)

A “Shift Response” was a concept I was unfamiliar with until I came across it in Kate Murphy’s Masterful, You’re Not Listening. She credits Boston College professor Charles Derber with coining the phrase but a shift response moves the Subject from the person you are interacting with onto yourself.

For example, your conversation partner says:

“I just finished playing baseball with some friends at the park.”

You chime in with “I was a big baseball player in high school but I haven’t played since tearing my rotator cuff.”

Now some may think — the message is ok as you’re relating to them and furthering the conversation.

Unfortunately, if you take a closer look, you have actually committed two friendly faux pas’ here.

You could have instead said “Oh really? Which park do you play at?” or “That sounds like fun! What position are you?”.

This type of support puts your conversation partner in the great position of having an eager ear to hear more about her favorite topic: herself!

Now you don’t have to drill down into them every question but generally getting 2-3 layers into a question about them before relating keeps them as the center of attention.

8) Avoid standing in the wrong area

Remember in-person networking events? Yeah they are a bit foggy for me as well.

However when we do re-emerge from the pandemic, we will have to be mindful of these events again and not stand in the wrong spots!

Where should you avoid? Avoid standing by the entrance.

Not only does it come across as desperate and concerning (what’s this person looking for?), it also doesn’t allow people a moment to collect their thoughts and frame their mindset when entering.

They put their guard UP.

When we are speaking we tend to lapse in eye contact, worry about how we sound or get distracted by something else.

All of these reasons cause us to miss body cues indicating if the person is interested in what we are saying.

Three of the most important cues to clue into in your next discussion are:

This is a simple one but it is important as it is scientifically proven that we enjoy hearing our own name.

How can you avoid forgetting their name? There's a couple simple tips here but I suggest Jim Kwik and Vanessa Van Edwards for more expert advice.

Repeat it back to them.

When they Introduce Themselves, say their name back to them. “Hi, I’m Jim.” “Pleasure to meet you Jim. So Jim, what brings you here tonight?”

Use an association or mnemonic device.

Whether it’s a visualization (Thomas you envision as a train), alliteration (Mary with a magnetic personality- Mary the Magnet), or rhyme (Paul goes to the Mall) there are many memory tricks to ensure your remember.

Use their name in conversation.

Doesn’t have to be every sentence but use it organically in discussion a few times and be sure to end the discussion with repeating their name. If you don’t get a chance to do it with them, do it to yourself but actually vocalize the words. Our inner voice isn’t as memorable as our outer.

Someone enters the group, a waiter asks if you want something to drink, the host makes an announcement — there are a hundred reasons your discussion could get interrupted but very few people make an effort to return to the topic of their conversation partner’s story.

Adding an easy “I’m sorry, you were saying…” is usually enough to get the conversation back on track.

Now sometimes they will forget the topic themselves so the extra credit assignment here would be: “You were talking about how the…”‍

Nothing shows you were paying astute attention like reminding someone of what they were saying.

4) Don't exit abruptly or without grace

We’ve all had those awkward moments when a conversation has run its course and you’re not sure how to “go your separate ways”.

Sometimes you save it with a “I’m going to grab a drink, it was great talking to you”.

Basically if you don’t use the bathroom, bar or buffet as your breaking-conversation beam, you kind of just nod, smile and walk away.

Sound familiar? Well it doesn’t have to.

Masterful networkers will run each event as if they were hosting their friends and ensure each person is tended to.

How do you do this? You introduce others to your conversation partner. Cite similarities they share or experiences they have each enjoyed.

If there isn’t a friendly face passing by when you must depart, circle back to something particularly illuminating or impressive they said and if appropriate, grab their information to follow up with them.

Nearly everything in life is harder to get started than it is to keep going, (conjure image of rolling a boulder up a hill here).

I think the ONLY exception to that, is "Maintaining and Engaging your Network", consistently.

This used to be a Herculean effort but with LinkedIn (and many other platforms) it doesn’t have to be.

Using notifications about promotions, new jobs, anniversaries and birthdays are the lay-ups to getting your name back in front of them.

Take it a step beyond the LinkedIn suggestion and write something that would trigger a like or response from them.

Beyond these built-in check-ins, I advise my students to sort through your LinkedIn Connections by recently added and endeavor to send a note 1x/quarter to those you found strong ties to, 1x/6 months for your secondary ties and 1x/year for those outside tertiary connects.

Always approach with what you can give.

Perhaps its an article relating to their job or passion project, perhaps it’s a candidate if they are a recruiter or hiring manager, perhaps it’s an interesting story that triggers a memory of them.

Point being, there are many ways you can keep in touch. Accomplishing this will instantly create opportunities for you and put you among the top 5% of networkers.

Accountability is one of the largest and most fundamental issues today among professionals.

You meet someone, share a great conversation and then they- nearly vanish.

The only thing keeping them in the general hemisphere of your life is their LinkedIn Connection request saying “I would like to add you to my professional network.”

If you take their card and say “I’ll keep in touch”, “I’ll be in touch”, “Let’s connect soon” or any other seemingly active goodbye message — do it!

We live in a world of cordial conversations rife with these kind of passing polite phrases that are on the verge of being deemed “meaningless”.

Take the skepticism and cynicism out of someone’s mind by authentically re-engaging the discussion the day or week after meeting them.

For those concerned, what if I forgot and more than a week passed by?

While not ideal, it’s still better to reach out than not because it shows you value their words and keeping your own.

And that’s someone worth having in “my” network.

1) Network all the time

Most people confuse networking with a less direct form of Applying.

They seek out Networking when they need, or are looking for, a job.

The problem with this is: IT IS NOT NETWORKING!

Rule of thumb: Ask yourself — What is my goal for this outreach? Are you looking for a job, piece of business or any other form of self-promotion? It’s not Networking.

Why? Because you are looking to receive.

If you are looking to give something of (potential) value, like your time, advice, connections or resources, then it can be thought of as networking.

The second part to this critical mistake is "Stopping your Networking" once you have a job.

This shortsighted perspective limits what you can learn, who you can meet and how far you can go because you are running the race with blinders on, unaware of outside opportunities.

It’s a lot to manage I know and you won’t always nail it but being aware of what to avoid and actively working on improvement will take you a long way. The best part about all of this is how the universe will repay you for your authentic efforts. Have the right mindset and you’ll be taken care of.

As I told a class of students recently, “Networking isn’t about getting a job, it’s about never needing to apply for one.” 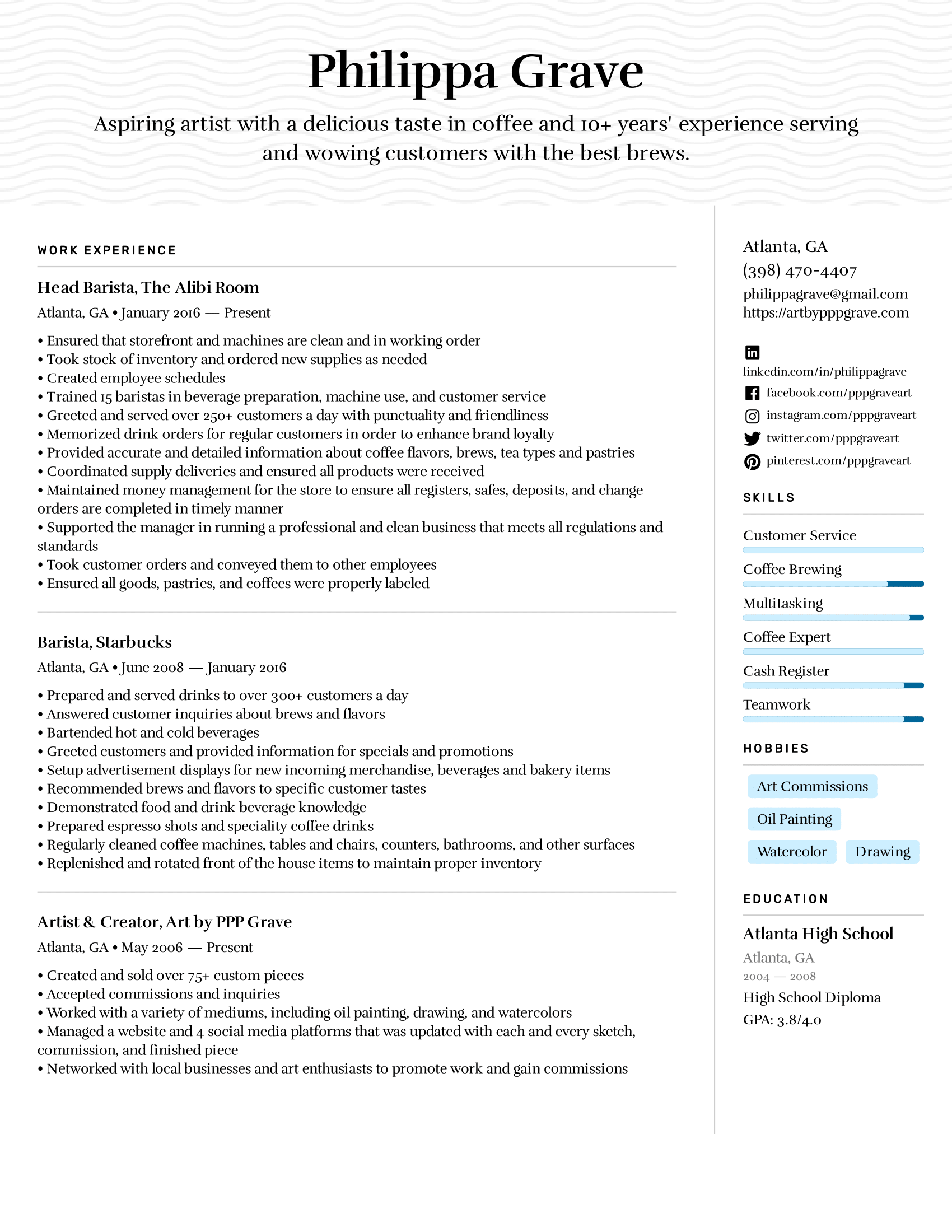 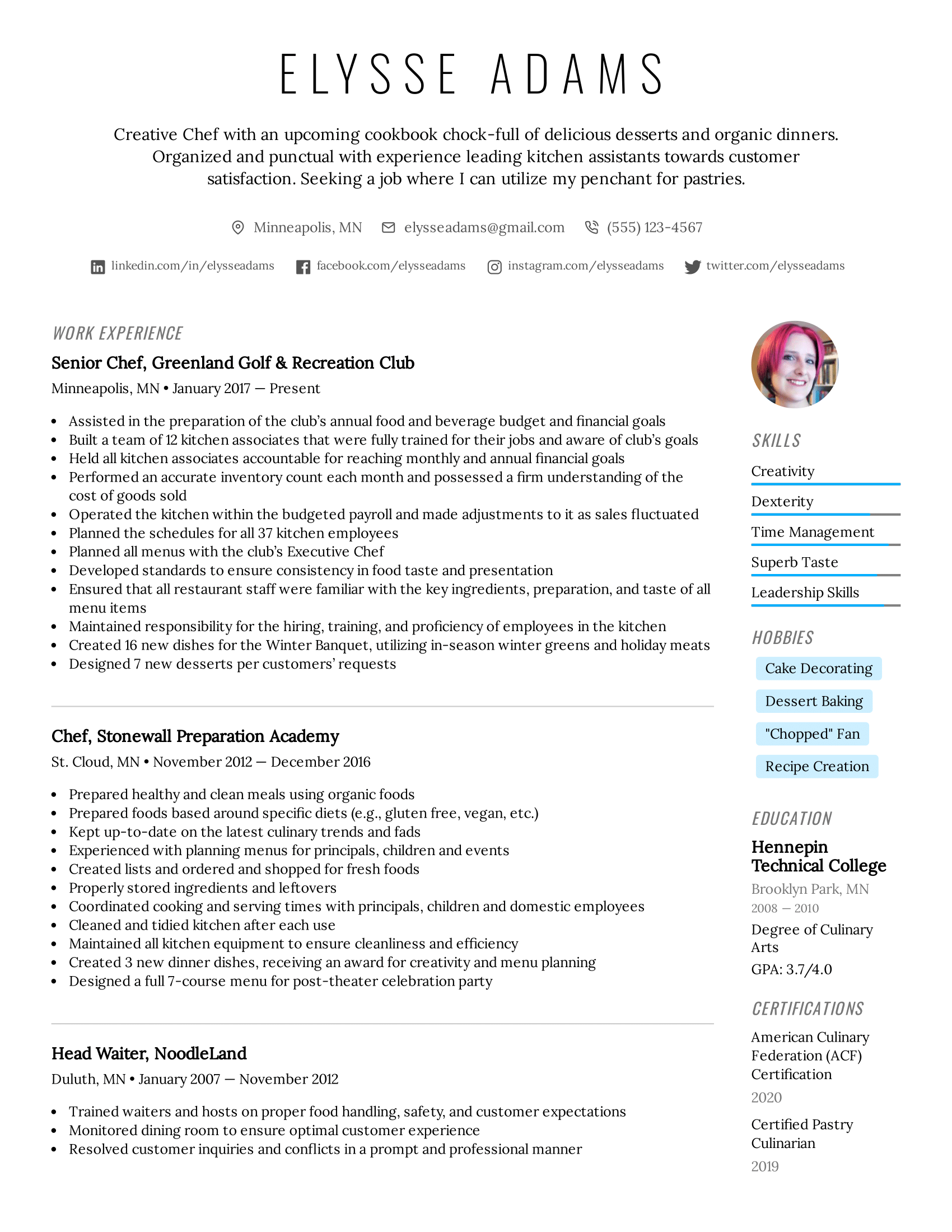 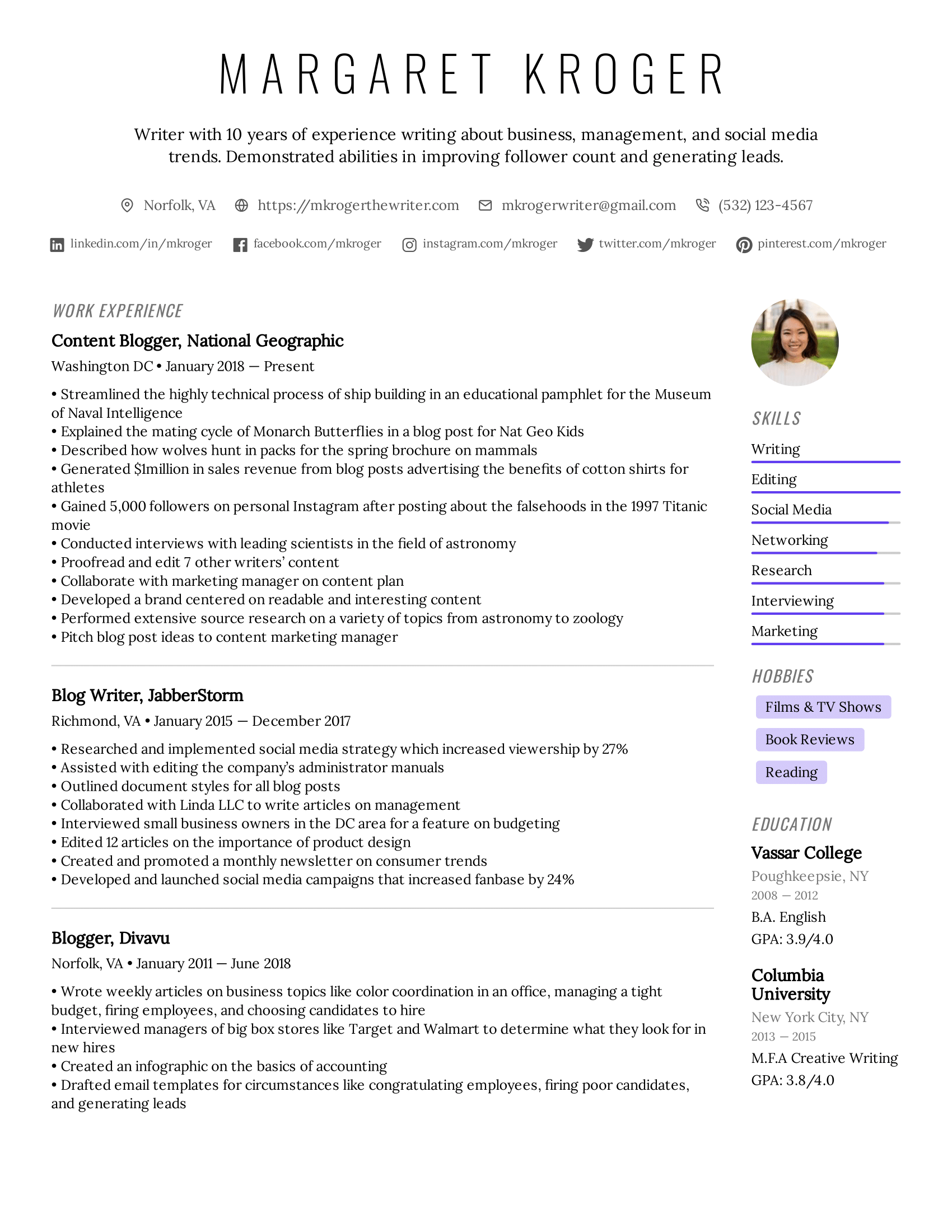 Get inspired with more resume examples

More advice that will accelerate your career path

Healthcare is a massive and important industry that contains all sorts of professionals. To land a job in healthcare, you must understand what relevant skills employers are searching for. In this guide, we will cover key healthcare skills to include on your resume and why doing so is so important.

IT is a massively growing industry with tons of potential for professional growth. It’s no wonder why so many applicants are flocking to these jobs! In this guide, we will cover what IT skills are and offer you examples of some of the top skills to include on your resume.

Including technical skills on a resume is an absolute necessity. These types of skills show employers your quantifiable qualifications. In this guide, we will cover exactly what a technical skill is and some of the best examples to include on a resume.

With the world becoming more digitally focused, having strong computer skills is more important than ever. In this guide, we will cover what computer skills are and which ones are best to include on your resume.

Read our how-to guides on making your resume perfect

How to Write a Resume Header

Your resume header is the very first thing an employer will see. Not only does it need to contain the correct information, but it needs to stand out as well! In this guide, we will teach you how to write the ideal header for your resume.

How to Write Your Resume in Reverse-Chronological Order

Learn how to format contact information on your resume and what information to share with the hiring manager.

How to Write a Two-Page Resume (with Examples & Tips)

Professional resume templates to help land your next dream job.

Choose from one of our many resume templates to help you stand out from your competition. 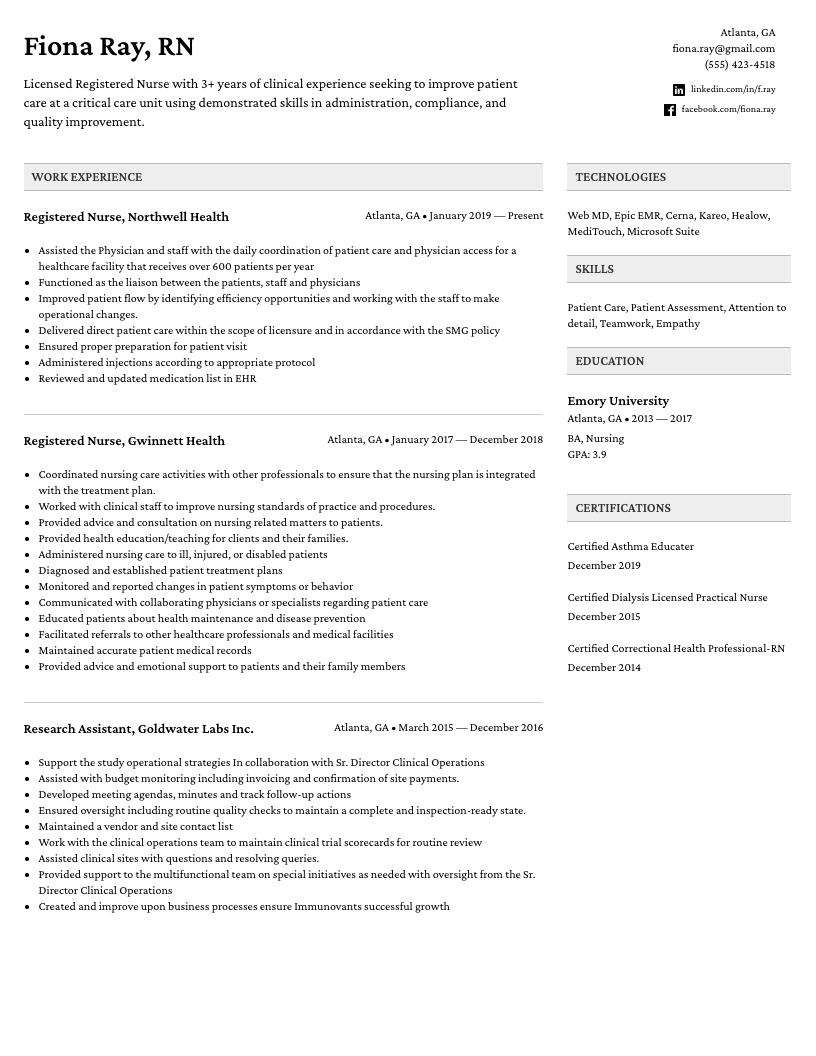 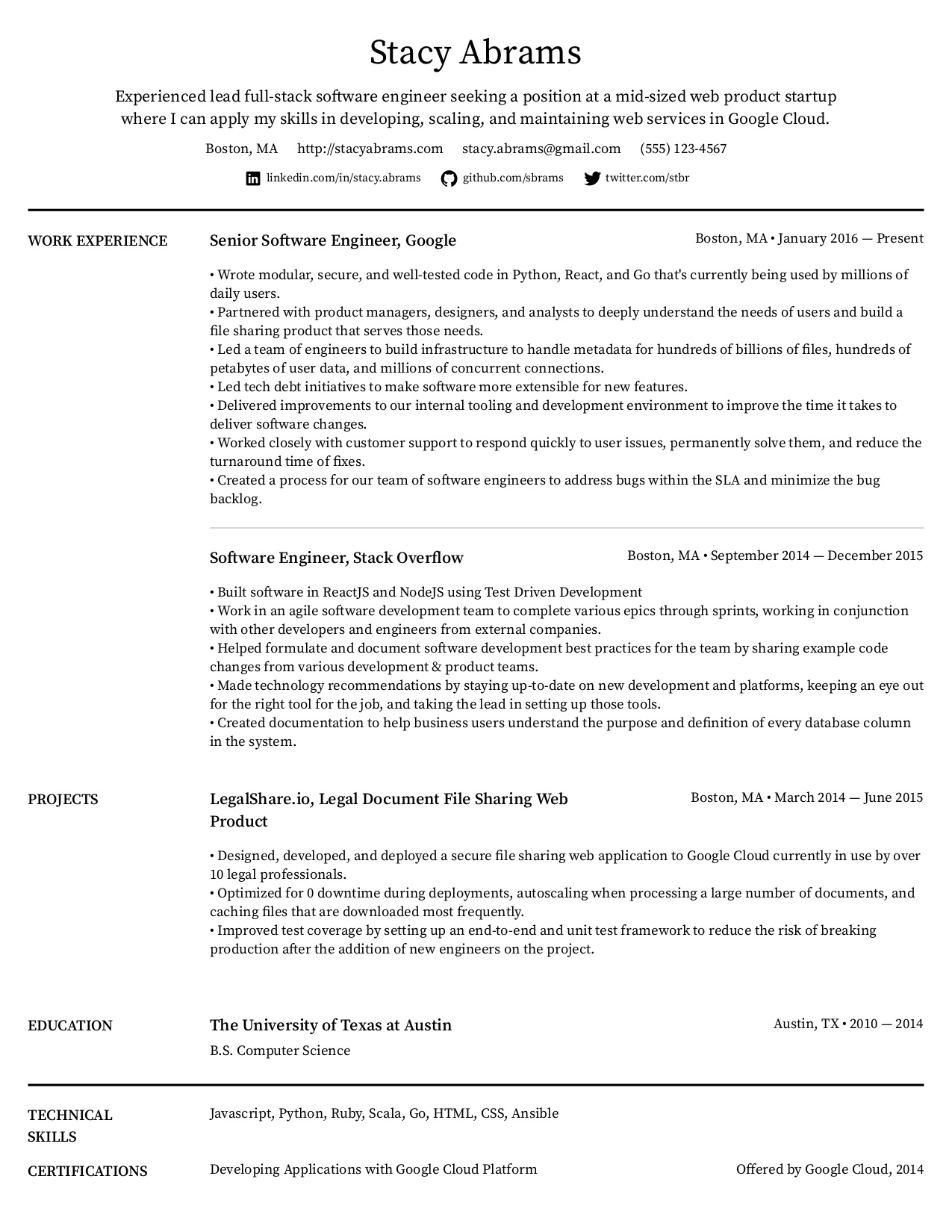 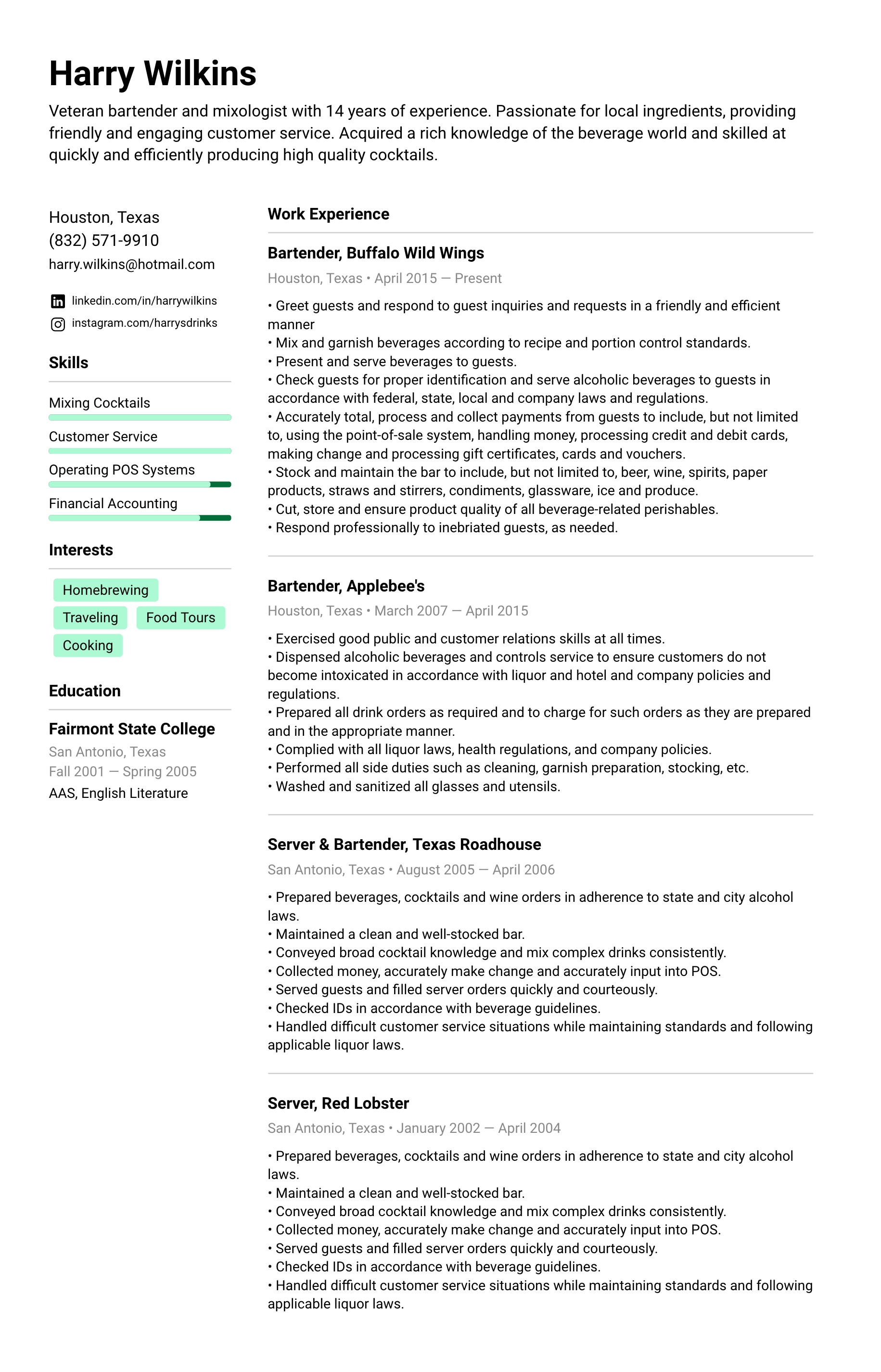 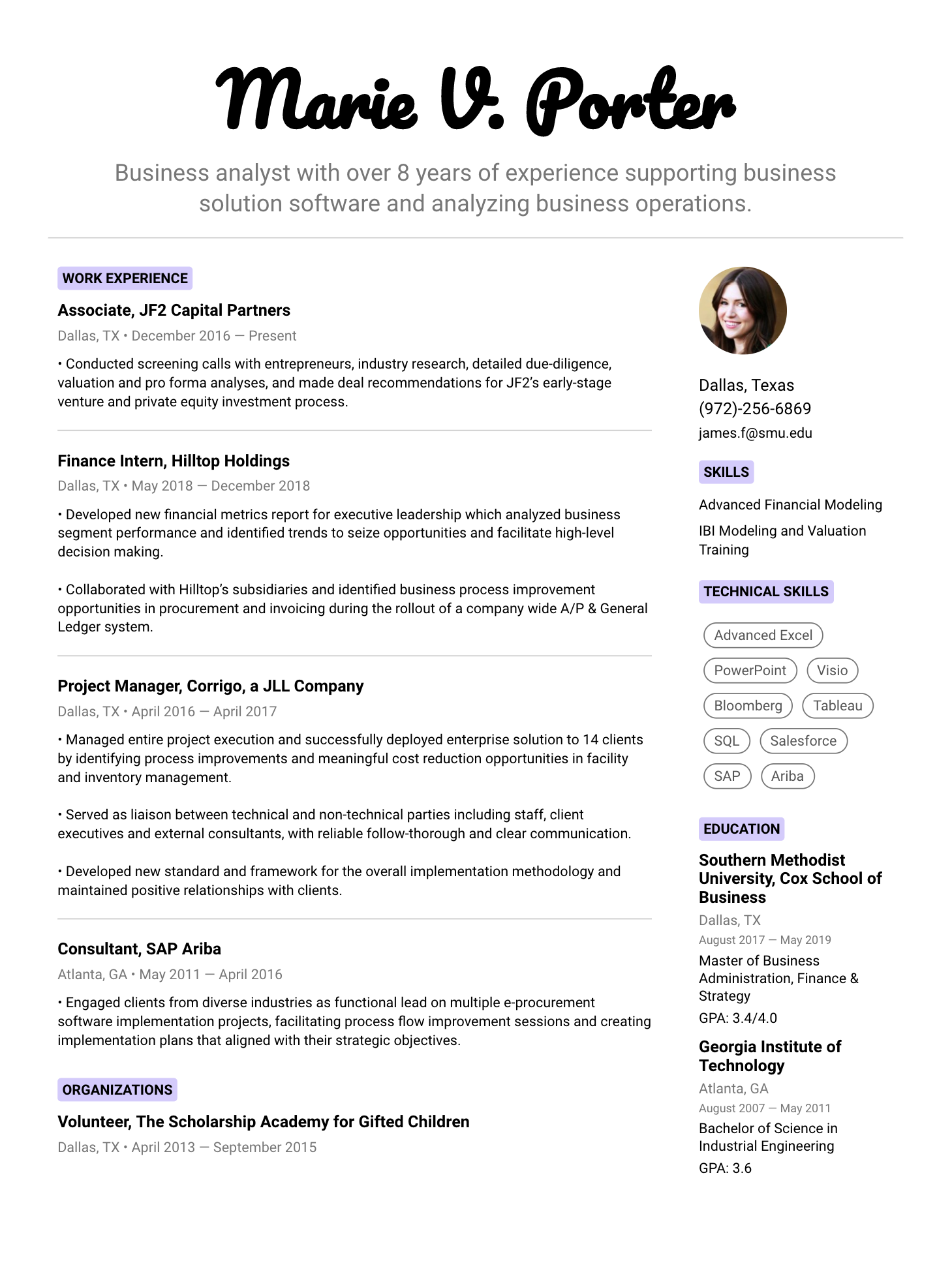 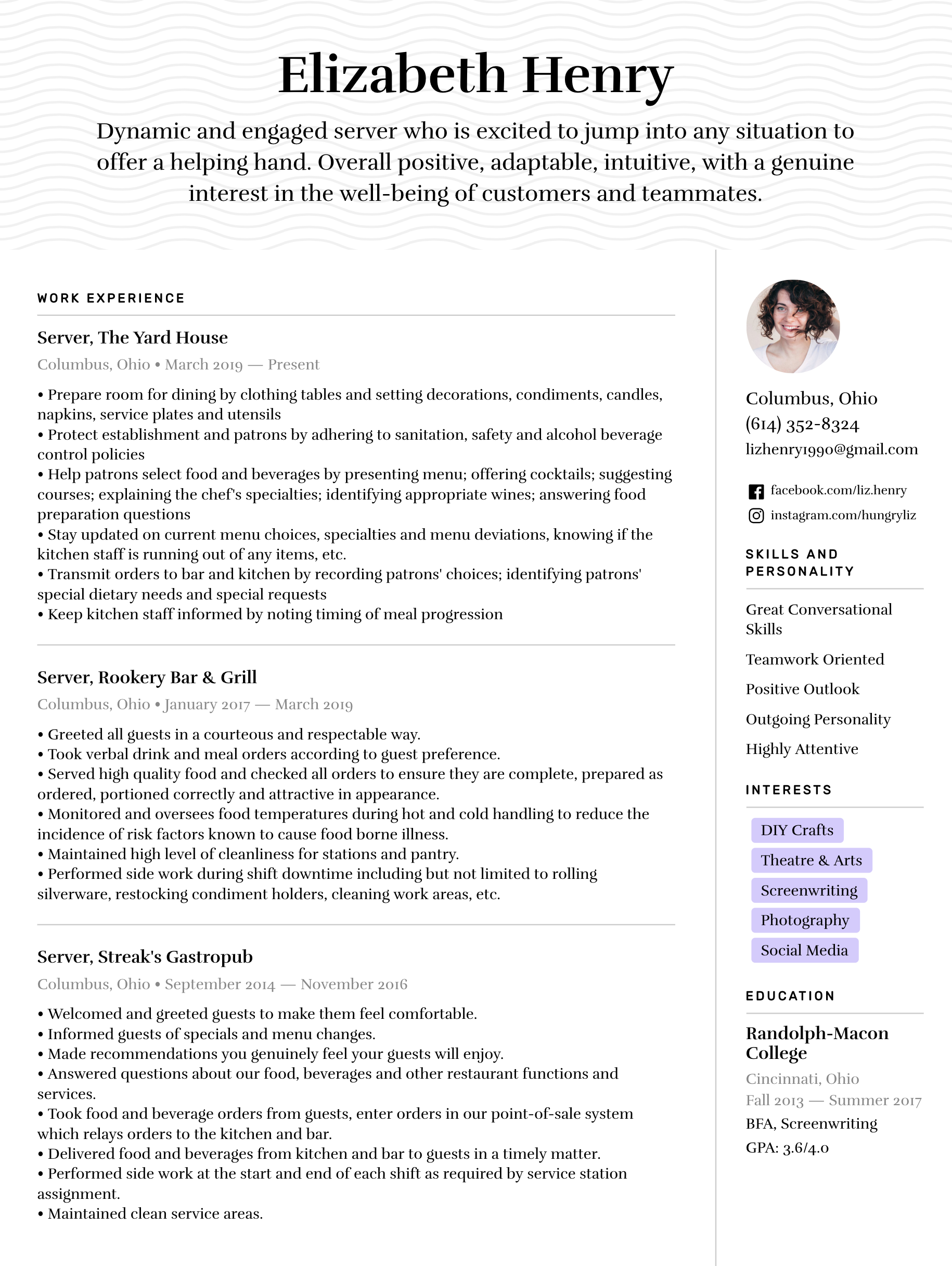 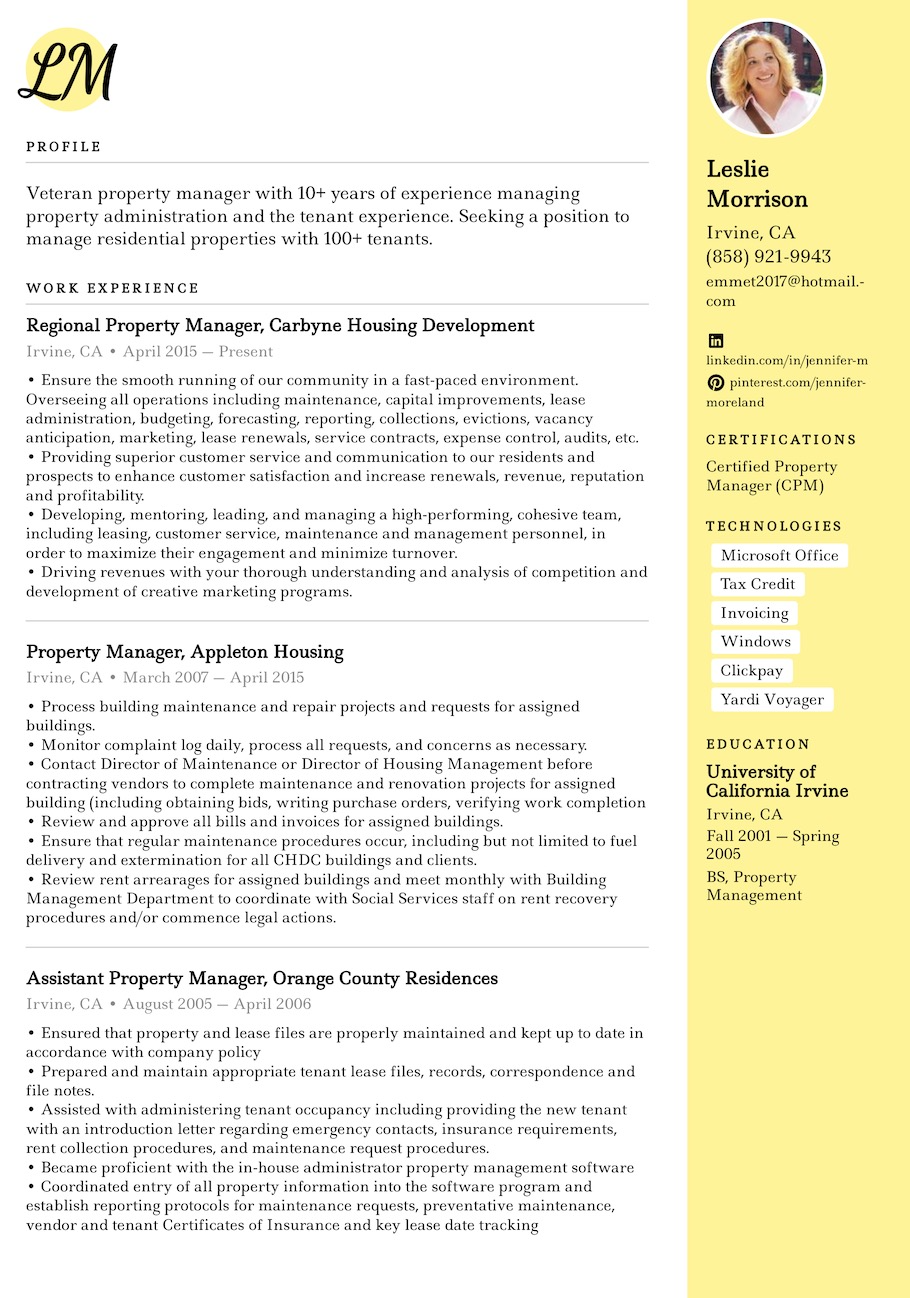 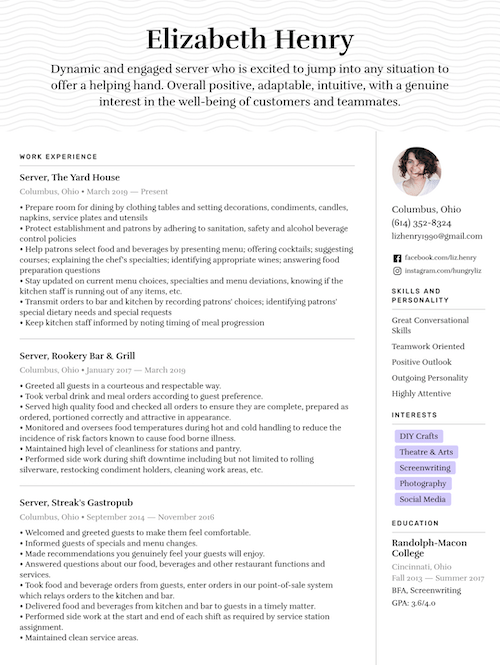